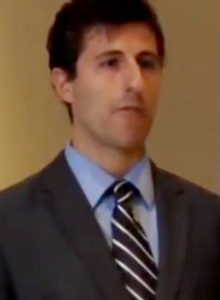 Nicholas Cooney is an animal rights extremist whose criminal history, including making terroristic threats, discredits the supposed moral high ground he pretends to occupy. Cooney was EVP of Mercy for Animals but left in December 2017. He also founded the Philadelphia-based group “The Humane League” to serve as a headquarters for his fringe agenda.

In 2006, Cooney was found guilty of making terroristic threats, harassment, and criminal conspiracy. According to media reports and court documents, he threatened to kill the children of an employee of a drug company.

At Cooney’s sentencing hearing for making terroristic threats, the prosecutor noted that Cooney had worn a shirt with the message “I believe in the use of violence to achieve animal liberation” and that Cooney also had “disorderly conduct” and “criminal trespass” convictions.

An appellate court, in consideration of Cooney’s appeal against an injunction obtained by GlaxoSmithKline (GSK), a pharmaceutical firm, noted the following:

“Cooney’s purpose in publishing the GSK employees’ personal information was to threaten – to intimidate the individuals and alienate them from their neighbors, friends, and family.”

“GSK employees testified extensively regarding their feelings of terror and fear in their own homes, as well as their inability to escape the noise and the disruption that the protests caused them and their neighbors.”

Cooney now works with New Crop Capital which vegetarian projects. Before working for Mercy for Animals, he previously served as coordinator for Farm Sanctuary. At Farm Sanctuary, Cooney had good company in former PETA executive Bruce Friedrich. Friedrich has said that “blowing things up and smashing windows” is “a great way to bring about animal liberation.” “I think it’s perfectly appropriate for people to take bricks and toss them through the windows,” he elaborated.

Nick Cooney is connected to the following organizations: