The founder of the radical activist group Direct Action Everywhere (DxE), Wayne Hsiung spends his time harassing people for daring to enjoy meat—that is, when Wayne’s not busy getting arrested or preparing for his next trial.

Before he was a full-time animal rights activist, Wayne was a student at the University of Chicago, where he focused on behavioral law and economics. In 2007, Hsiung collaborated with Harvard professor and Obama-era appointee Cass Sunstein in order to co-author a paper on climate change and its supposed effects on animals.

These days, you’re much more likely to find Hsiung in the role of defendant. He is currently facing felony charges for “rescuing”—that is, stealing—a turkey from a poultry farm and for kidnapping a pair of goats in North Carolina. Due to constant harassment resulting in a restraining order, Hsiung and his group are now legally restricted from entering a Whole Foods in California.

Following a series of protests targeting chicken farmers, Hsiung was arrested and charged with felony and misdemeanor counts, along with a number of other Berkeley area DxE activists. The charges include trespassing and felony conspiracy second-degree burglary. One of the activists allegedly attacked a farm employee and a farm owner in the course of the protests. The attorney representing the DxE activists claimed his clients “did what they did because they thought it was right.”

Like many other activists in the movement, Hsiung didn’t start out as a radical—though he was set on that path at a young age.

In an interview, Hsiung identifies a moment when, as a child in China, he saw live animals being sold outside of a restaurant, and this prompted him to set out on the road to becoming an animal rights activist. Eventually, he became involved in pushes for animal welfare, but decided animal welfare wasn’t radical enough and the approach came with “major limitations,” including that animal welfare does not stop people from eating meat, eggs, and dairy.

In 2013, Hsiung fully embraced his turn to radical activism and founded Direct Action Everywhere, based in Berkeley, California.

Direct Action Everywhere made a splash in the movement by deliberately bringing the activist protests inside the stores, rather than keeping the signs and chants outside the store. Hsiung led the group’s first protest—which took place in a grocery store where Hsiung rambled about his ideology and his followers robotically recited a poem. He and his followers were asked to leave.

Beyond the in-store protests, Direct Action Everywhere gained prominence through the tactic of “open rescue,” pioneered by Australian activists decades earlier. Hsiung popularized the tactic among American activists, who were tasked with trespassing onto farms—without concealing their identities—and “openly” “rescuing” animals from the farm. Usually, this involves selecting one or two animals which appear to be ill and can be lauded as success stories when under the care of DxE activists or animal sanctuaries.

Today, DxE is international and growing in popularity. Of course, much of this popularity comes from the radical vegan base, rather than newcomers or people who are interested in making a dietary change. One way to put it, is to recognize that DxE’s viral videos and in-your-face tactics serve as “red meat” for animal activists.

Hsiung’s philosophy is out-of-step with the mainstream, even for vegans.

In one pre-DxE writing, Hsiung actually criticizes PETA for its practice of killing animals, describing PETA as “unapologetic supporters of the slaughter of animals.” (DxE and PETA now partner up.)

Additionally, DxE criticizes veganism as not going far enough for the animal rights movement, saying on its site, “We are all involved, and we are all guilty.” Rather than trying to change a person’s consumer habits, DxE aims to burn down the entire system they see as “speciesist.”

DxE members paint all animal use as inherently violent and use that as their core message rather than directly demanding others go vegan. The organization does not promote Meatless Mondays or similar incremental goals popular with other animal rights groups. Its criticism that veganism is not radical enough on its own extends to its protests, which have notably targeted vegan-friendly organizations such as Chipotle and Whole Foods and portrayed the stores as “inhumane.”

Operating under the assumption that other animal rights groups are misguided and that DxE-style activism is the only way to make a positive change for animals, is part of what has led prominent figures to describe DxE as a “cult.”

Members of DxE have alleged the group, under Hsiung’s leadership, is rife with sexual abuse, racism, and that DxE is “an unsafe place for women.”

Wayne also shared with me and a few other men his own personal history of sexual harassment of women when he was in graduate school. I suspect he shared this little known fact about him to help normalize the mistreatment of women in DxE among DxE men. Wayne’s response made me understand that fighting oppression isn’t important to DxE. They are only interested in getting a bigger (activist) body count and publicity for Wayne.

Wayne Hsiung is connected to the following organizations: 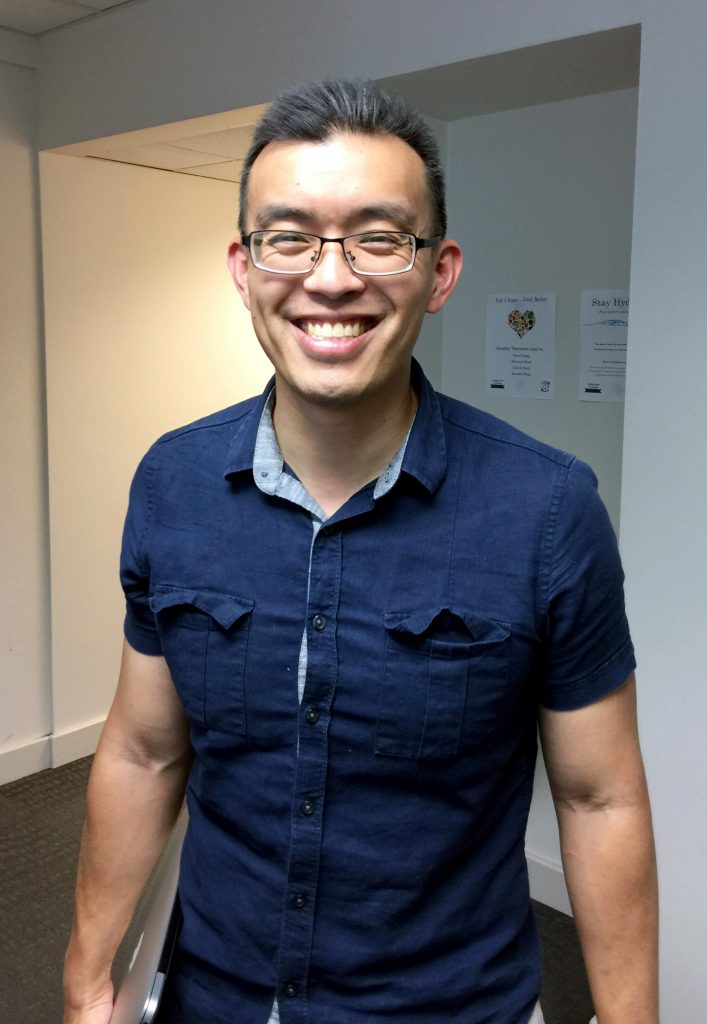