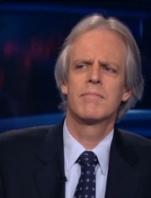 Since 2008 Kenneth Berger has been the CEO of Charity Navigator, which advertises itself to the public as “Your Guide to Intelligent Giving” to nonprofit organizations. But under Berger’s watch, Charity Navigator has been asleep at the wheel, finding itself behind the curve time and again in exposing bad charities and practices.

This is just one example of a Charity Navigator system that all too often fails donors. Charity Navigator uses a financial and transparency analysis to assign a rating to charities from zero to four stars. But in its zeal to become bigger—it currently rates 6,000 charities with a listed staff of just 12 people—it has failed Charity Rating 101.

One of the most well-known tricks in the book is for charities to utilize “joint cost” accounting, which enables them to misleadingly classify fundraising costs as “education,” allowing them to appear to donors to spend more on programs than they legitimately do.

Figuring this out isn’t hard—joint costs have to be reported on a charity’s publicly available Form 990 tax return. But it requires a little extra effort, and Charity Navigator isn’t up to the task. Berger even admitted on CNN that the practice is a “sleight of hand,” yet his organization still allows it.

As of this writing, Charity Navigator awards the Humane Society of the United States a four-star rating, claiming that the nonprofit spends 19% of its money on fundraising. (Berger told CNN that spending “10 cents on the dollar” for fundraising is the mark of the highest-performing charities—apparently doubling that expense isn’t enough to lose a star.) But this analysis relies on taking data at face value from page 1 of a group’s tax return—a rookie mistake for a “watchdog” group. Looking at the joint costs for HSUS, the American Institute of Philanthropy calculates that HSUS spends up to 48 cents to raise every dollar, spends as little as half of its budget on programs, and gives the animal liberation group a “D” grade.

In another instance, CNN exposed the nonprofit Disabled Veterans National Foundation for, in a common refrain, spending almost all of its money on fundraising and almost none on veterans. The U.S. Senate Finance Committee opened an inquiry.

But DVNF didn’t have a Charity Navigator profile at the time. Why? Because the nonprofit hadn’t been around for five years—even though the group was raising tens of millions of dollars and was already on the radar of the smaller watchdog American Institute of Philanthropy, which gave DVNF an “F” grade.

It would be one thing for charities to be operated by Madoff-esque maestros who cleverly schemed and duped their way to ill gain. But the information needed to call out bad charities is too often hanging in front of Charity Navigator’s nose.

There’s no way to know how many people have relied on Charity Navigator’s fallacious rating system and unwittingly sent a donation that was simply plowed into a direct mail campaign. But it is clear that Ken Berger is failing the donors he claims to support.