What do you call someone who takes money from an anti-farmer group and goes around bashing other farmers—especially when his own pigpen seems a little too dirty? We think the word you’re looking for is “hypocrite.”

Joe Maxwell is a politician and current Vice President of Outreach and Engagement for the deceptively named Humane Society of the United States, a vegan animal liberation group similar to PETA that is against animal agriculture. He has held the office of state representative, state senator and Lieutenant Governor of Missouri.

During his campaign for Lieutenant Governor, Maxwell was described as a “calculating” politician who “will stop at nothing to win.” Maxwell’s opponent in the Democratic primary “charged that he dodged campaign limits by funneling money through friendly campaign committees.” Maxwell maintained his innocence.

In the early 2000s, Joseph Maxwell was the CEO of a pork producer called Heritage Acres. Records show that Maxwell’s Heritage Acres was cited more than 150 times for noncompliance violations ranging from humane handling issues to meat contamination to unhygienic conditions, landing the firm in hot water with the USDA. More specifically, it was found to excessively use hotshot and stunners on its livestock, have meat contaminated with fecal matter and tainted carcasses, and display animal waste and condensation in the slaughter room.

The Springfield Business Journal also reported that Heritage Acres inked a partnership agreement with the Taiwan-based Tai Shin Foods USA to revive a hog processing plant in 2008, while Maxwell was CEO. Just months earlier, Tai Shin Foods had been suspended by the USDA for an inhumane slaughter/treatment violation.

Despite unethical treatment of animals at the pork producer that he ran, HSUS has chosen Maxwell to be the public face of its organization as its Vice President of Outreach and Engagement. It is hard to imagine why a person who ran a business that was cited for such violations would be appropriate for such a position, but it certainly fits in with the long pattern of hypocrisy that HSUS has established over the years.

Further, most of the liabilities were incurred in 2009 and records indicate that Maxwell was CEO of Heritage Acres until December of that year. This timeline appears to indicate that the inhumane slaughter/treatment violations at Heritage Acres also occurred under Maxwell’s watch.

Joe Maxwell is connected to the following organizations: 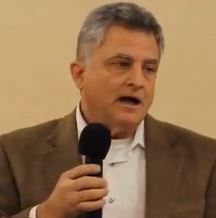